Third of world’s countries have no air quality standards 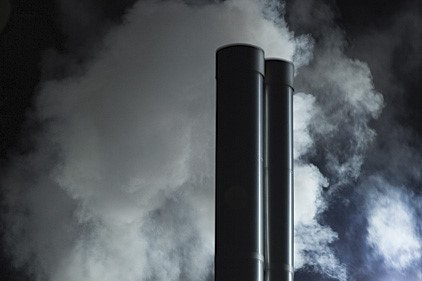 Approximately 92 percent of the world’s population lives in areas where air pollution levels does not meet World Health Organization standards. Seven million people die each year from the effects of air pollution. At the same time, a third of the world’s countries do not have any regulations that determine air quality standards.

These are the findings of the first ever assessment of air quality laws and regulations conducted by the United Nations Environment Program (UNEP).

About seven million people die prematurely every year in the world due to air pollution.

“We do not have mechanisms to prevent seven million premature deaths every year from air pollution. By 2050, that number will grow by more than 50 percent,” warns Inger Andersen, Executive Director of UNEP.

She stressed that all people have the right to breathe clean air, and governments must do more to implement it.

Under the aegis of UNEP, the first global assessment of national air pollution legislation was carried out in 194 countries and in the European Union. Its authors concluded that a third of the world’s countries do not have laws on air pollution at all. But even in instances in which such regulations exist, they are often ineffective and do not set the minimum standards developed by the WHO. WHO standards are advisory in nature, and many states do not take them into account in their regulations.

UNEP highlights that the right to a healthy environment, including clean air, is a prerequisite for achieving the Sustainable Development Goals. The authors of the new report urged all countries to enact tough laws with clear regulations for both indoor and environmental air quality.

UNEP experts also believe that the time has come to develop a legally binding international treaty on uniform air quality standards for all states.