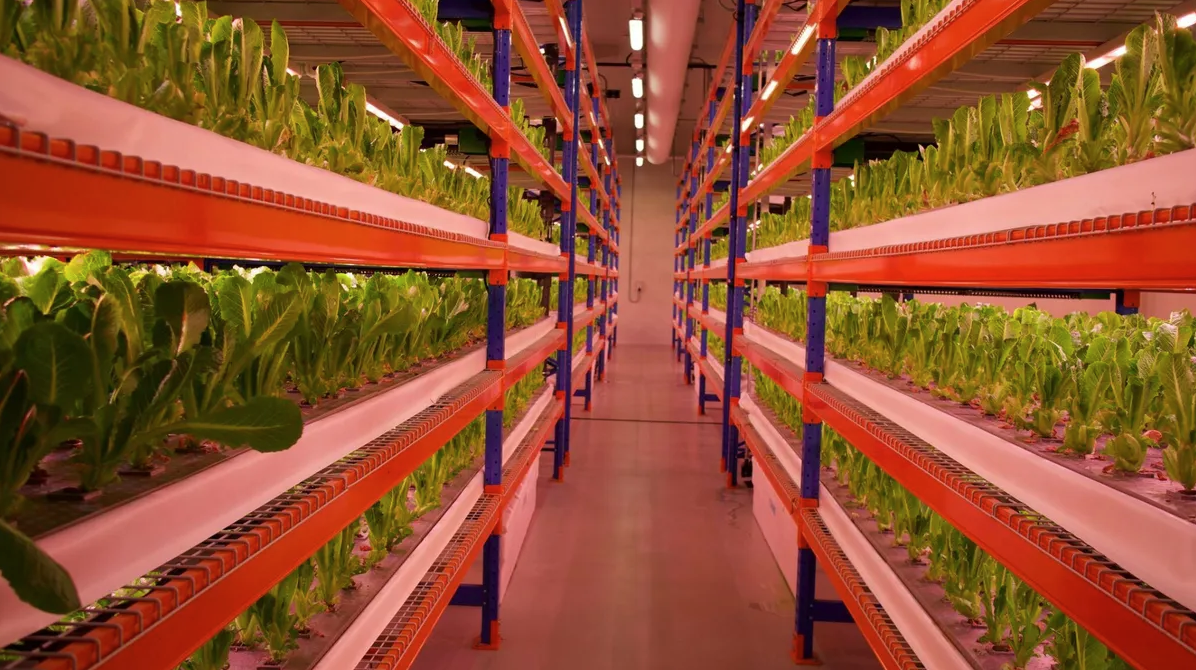 As a powerful alternative to help with the land crisis, vertical farms are no less helpful than traditional farms regarding functionality. Although the idea itself dates back to ancient times when the people of Babylon built “The Hanging Gardens of Babylon” in 605-562 BC, the modern concept was first proposed by Dickson Despommier, a Public and Environmental Health professor at Columbia University in 1999.

Hence vertical farms are nothing new; however, the world’s largest facility is fresh and ready to produce more than 2 million pounds of leafy greens annually.

Bustanica was built by Crop One Holdings in collaboration with Emirates Flight Catering. It recently opened its doors in Dubai, the United Arab Emirates, near Al Maktoum International Airport at Dubai World Central. The facility is as big as 330,000-square-foot and spans over 175 yards.

The crops produced in the facility will turn out clean and not require pre-washing as they will grow without pesticides, herbicides, or chemicals. The facility itself employs 95 percent less water, unlike traditional farms, and will produce three tons of output per day while wielding machine learning, artificial intelligence, and data analytics.

The facility utilizes a closed-loop system that circulates water through plants to use water efficiently. Water vaporizes during the watering process and is recycled into the system, which saves 250m liters of water every year compared to traditional outdoor farming producing the same output.

Unsurprisingly, leafy greens produced by Bustanica will be served to Emirates’ and various airlines’ passengers working with Emirates Flight Catering. Additionally, the products will also hit local stores under the Bustanica brand.

“We are proud to bring Crop One’s best-in-class technology to this innovative food production facility alongside our joint venture partner. ECO 1 will address growing supply chain challenges and food security issues, while introducing millions of new consumers to the benefits of vertically farmed produce,” said Craig Ratajczyk, Chief Executive Officer at Crop One. “It’s our mission to cultivate a sustainable future to meet global demand for fresh, local food, and this new farm is the manifestation of that commitment. This new facility serves as a model for what’s possible around the globe.”