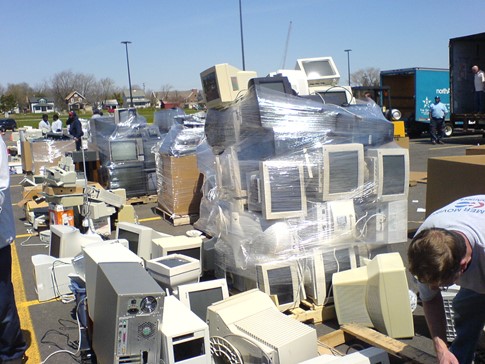 Moscow’s government signed the first agreement on public-private partnership on collecting and processing spent electronic equipment. It’s not indicated clearly, but the agreement was probably signed with EcoTechProm, part of the Ecopolis corporation.

“As part of this project, spent electronic and electric equipment will be collected and then disposed of. This will allow to substantially lower the expenses of the city, while the enterprise will use the maximum capacity and expand it,” says deputy mayor of Moscow on economic policy and property and land relations Vladimir Efimov.

This project will help to reduce the negative impact on the environment. The project was initiated in the beginning of 2021. A private company offered to implement the full cycle of collecting and processing equipment, including plastic. In order to do that the investor will set up e-waste collection points and equip them with the necessary tech. The collected waste will then be sent to the company’s own processing plants.

The agreement is signed for 20 years. As per the agreement, Moscow will provide the investor with unused objects on Ostapovsky drive and Altuf’yevskoye highway.

“By creating the infrastructure for collecting spent electronics which then will be ecologically processed, the capital city creates a high standard of handling e-waste and further strengthens its position as one of the most environmentally developed cities of the world. Besides, considering the high resource potential of e-waste, this public-private partnership project will become an important step for developing circular economy and achieving sustainable development goals not only in Moscow but also in Russia, as this project can then be expanded to the whole country,” says general director of Ecopolis corporation Maxim Lobanov.