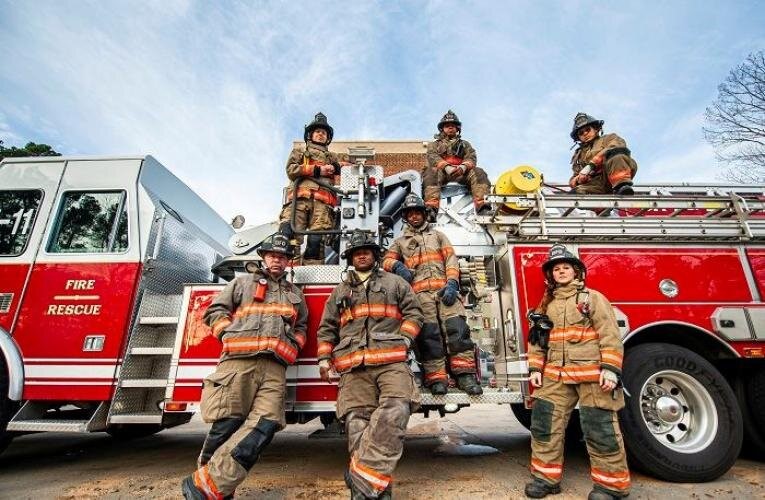 Firefighters have a 9% higher risk of being diagnosed with cancer and a 14% higher risk of dying from the disease than the general adult U.S. population, according to studies by the National Institute of Occupational Safety and Health and other agencies.

Recent research by scientists at Duke University could give doctors and public health officials a new tool for tracking firefighters’ exposures to cancer-causing chemicals and determining where and when the risks might be greatest.

The cool thing is, it’s not some expensive high-tech gadget. It’s just a silicone wristband, purchased in bulk for about $1 apiece.

«It turns out that ordinary silicone wristbands, like the ones sold in stores, absorb the semi-volatile organic compounds you’re exposed to while you’re out in the world,» said Jessica Levasseur, a Ph.D. student at Duke’s Nicholas School of the Environment, who led the study.

«It’s like taking fingerprints of everywhere you’ve been and everything you’ve been exposed to,» Levasseur said.

The decision to use the bands to track firefighters’ risks came about when the Durham Fire Department (DFD) approached Duke researchers for help identifying exposure risks its firefighters faced.

«Firefighters have high cancer rates compared to the general population, but we don’t know why,» Levasseur said.»Is it caused by exposure to one chemical or a mix of them? Is it something they breathe in while working in fires or being near them? Or something else? There are lots of risk factors and potential routes of exposure, and we wanted to see if silicone wristbands could be a practical tool for disentangling them.»

Working with other researchers at the Nicholas School and the Duke Cancer Institute, she asked 20 firefighters from DFD to wear the wristbands while working a typical six-day shift, and then to get each firefighter’s baseline exposures, while off duty.

Each wristband was analyzed for 134 different chemical compounds, including phthalates, brominated flame retardants, organophosphate esters, polycyclic aromatic hydrocarbons (PAH), and per- and polyfluoroalkyl substances (PFAS), all of which have been linked to increased incidence of certain cancers.

«Seventy-one of these chemicals—including seven PFAS, which to our knowledge have never previously been detected using wristbands—were found in at least half of the bands,» Levasseur said.

Levels of PAH, brominated flame retardants and organophosphate esters were 0.5 to 8.5 times higher in the wristbands worn while on duty than in those worn while off duty. This suggests that just being a firefighter means you are exposed to more of these compounds than the average adult, regardless of whether you respond to a fire while working.

Bands worn by firefighters on days they actively fought a fire also contained 2.5 times more PFOS—a type of PFAS—than the bands of firefighters who were not called to a fire. This suggests that exposure to these contaminants is strongly associated with active firefighting, Levasseur said.

«This research is the first to demonstrate that silicone wristbands can be used to quantify occupational exposure in firefighters and distinguish exposures that may be related to fire events versus other sources,» Levasseur said.

«Conducting follow-up research with a larger population will help pinpoint the exposure sources that contribute to firefighters’ risk for cancer and assess exposure risks that may be related to chemicals off-gassing from their gear or materials in their firehouse, which we did not examine,» she said.