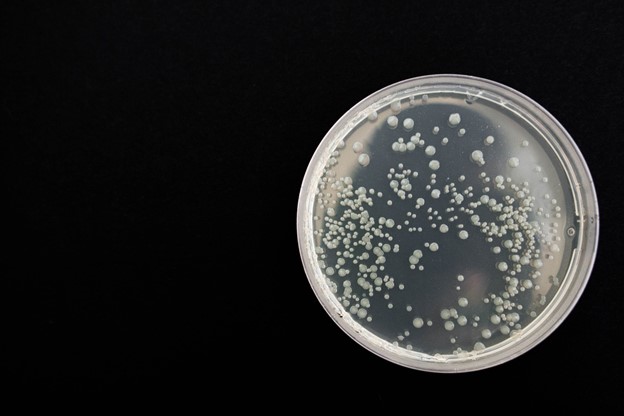 Scientists have discovered a way to genetically engineer bacteria that will consume carbon oxide and carbon dioxide before converting them to two widely used chemicals, acetone and isopropanol, thereby turning the whole process carbon negative.

Used in a wide variety of products from hand sanitizer to light bulbs, and almost always made of virgin fossil fuels, the global market for acetone and isopropanol is more than $10 billion, with acetone producing two metric tons of CO2 per ton of acetone. The bacteria the scientists removed came to 1.78 kg of emissions from the atmosphere per kg of acetone produced and 1.17 kg of emissions per kg of isopropanol.

Michael Jewett, a chemist at Northwestern University, partnered with the large bio-ethanol firm LanzaTech to pioneer this new method of green chemical synthesis.

He and his colleagues found previous industrially-utilized bacteria strains to engineer an individual strain of clostridium autoethanogenum, a kind of bacterial creature called an acetogen that feeds on acetate through fermentation.

By the end of their work, they had created an acetogen that consumed industrial emissions like CO2, converting it into acetone or isopropanol at a high efficiency of around 3 grams per liter per hour, with almost no alternative byproducts.

Using bacteria to ferment sugars is a common and less carbon-intensive production method for ethanol. The researchers took their unique acetone and isopropanol-producing bacteria strains and worked with LanzaTech’s ethanol production facility to test out whether their idea could work in the real world.

“Specifically, LanzaTech is already successfully operating two commercial plants converting emissions from the heavy industry into ethanol, with to date over 30 million gallons of ethanol produced and over 150,000 tons CO2 avoided.”

“By swapping the ethanol-producing microbe currently deployed in our commercial gas fermentation facilities with a new microbe programmed for acetone or propanol production, we can instantly increase the range of products that an individual facility can make. This product flexibility will enable plant operators to make market-based decisions on which products to focus on at any time,” said Jewett.

This is particularly relevant for two reasons. The first is that since these chemicals are used to make paint, nail polish remover, varnish, ketone supplements, resins, epoxies, paint thinner, terpenes, lens cleaners, sanitizing pads, rubbing alcohol, fuel additives, and in the processes of screening for lymph node tumors and DNA extraction, the market demand can change rapidly. A perfect example of this was the run on hand sanitizer in many nations during the first COVID-19 wave.

Secondly, the flexibility offered by fermentation allows the use of the same bioreactor infrastructure for multiple conversions—for example, ethanol, acetone and isopropanol—and stands as a key benefit over traditional chemical manufacturing where plants are typically purpose-built for a single conversion process, which means companies can save the millions normally spent on building new plants for new chemicals.

It’s the stuff of chemical engineering dreams, and Jewett’s work promises to be a boon to the emissions-heavy industry.