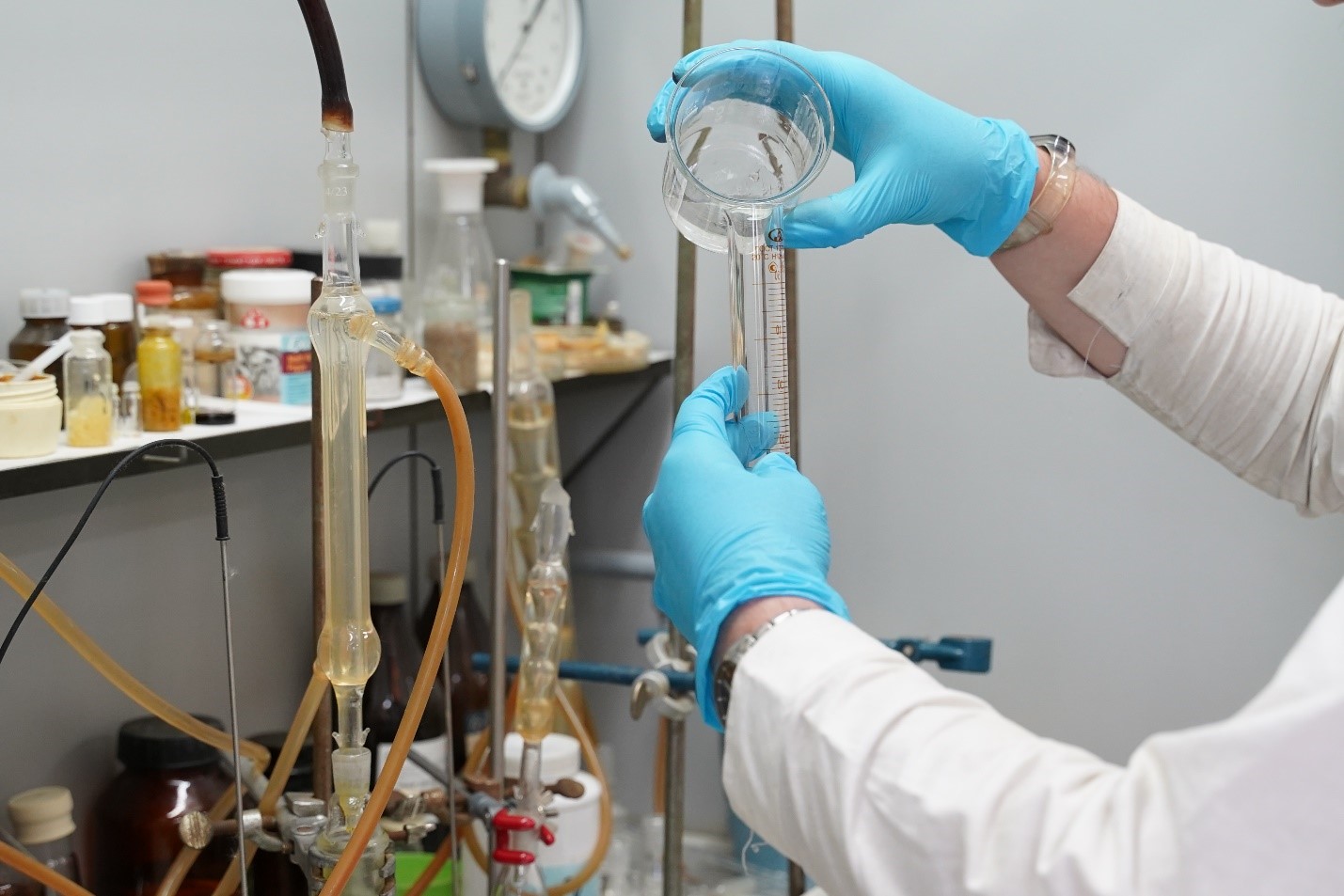 Scientists of the Perm State University (PSU) have developed protective solutions which allow to reduce metals’ corrosion rate by more than 90%. For example, if a metal used in an oil pipe usually corrodes with the rate of 10 mm per year, then after adding the inhibitor the rate will go down to 1 mm per year.

Such reduction of negative impact caused by corrosion is possible due to a number of measures, including inhibitors in particular. Inhibitors are chemicals which noticeably lower the rate of corrosion. Such substances are used in oil and gas industry to treat pipes, pumps and other equipment which gets exposed to aggressive agents, such as hydrochloric acid, used in drill holes.

Scientists from the organic synthesis lab together with PSU’s physical chemistry chair staff work to create protective solutions which will be able to compete with non-Russian counterparts due to their high efficiency and availability of the required raw materials.

The project is being implemented within the framework of the world-class Perm REC «Rational Subsoil Use». Over the past year, within the REC, chemists have filed three applications for patents on corrosion inhibitors.

“Large gas producing companies often use foreign-made inhibitors, so the stability of their supplies is not guaranteed. In addition, treating one well with corrosion inhibitors can cost up to a billion rubles a year. In the laboratory of organic synthesis of PSU, we are developing compositions that are not inferior in efficiency and are synthesized from cheaper raw materials than analogues. This work is much easier to do at the university thanks to the fruitful cooperation of colleagues and the equipment of the university,” commented Alexander Rubtsov, head of the laboratory of organic synthesis at PSU, Candidate of Science (Chemistry).

PSU has been studying corrosion problems since the 1950s. University scientists have developed inhibitors PGU-1 and PGU-2 to protect metals from corrosion in acidic environments. A new era in the development of this activity was the cooperation of the laboratory of organic synthesis and the Chair of Physical Chemistry of PSU with the company «Poliex», which develops solutions for the integrated maintenance of oil and gas wells. The result of joint work is the creation of patented inhibitors, which have been introduced into operation and are successfully used in the oil field.