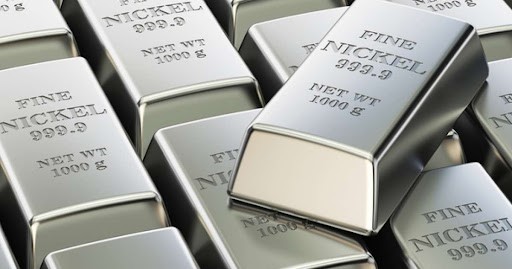 Norilsk Nickel began producing carbon-neutral metal. The company intends to sell it at a premium and through a blockchain platform.

This summer, Norilsk Nickel released the first batch of carbon neutral nickel (CNN) in the history of the metallurgical industry. Production started in the Kola division of Norilsk Nickel on June 19, the first batch of 5,000 tons was sent in July through the port of Murmansk to Rotterdam to the certified warehouse of the London Metal Exchange — the largest logistics hub in Europe. The metal is now in stock and awaiting tokenization on the Atomyze blockchain platform. These tokens will be listed by the Norilsk Nickel Global Palladium Fund on the Vienna Stock Exchange.

Norilsk Nickel became the first player among the five largest world nickel producers (which also include Brazilian Vale, Chinese Jinchuan, Swiss Glencore and Australian BHP) to start producing carbon-neutral metal. Interros CEO Sergei Batekhin reported at SPIEF-2021 that, given the imminent introduction of cross-border carbon regulation by the European Union, “this new product that will be sold in the form of tokens may be of interest to both industrial consumers [and investors]”. All of them will be able to track the status of CNN at every stage of its life cycle up to disposal — and all thanks to the blockchain technology: «A smart contract allows a batch of such nickel to record information about where it was mined, and how environmental standards were treated.»

The company expects to sell carbon neutral nickel at a premium. “CNN has added value for clients and investors, so it should be premium. We are preparing to test this product with customers and do not set ourselves any rigid price targets. Based on the release of a pilot batch, we will receive feedback from the market,” Sergei Dubovitsky, Senior Vice President, Head of the Strategy and Strategic Projects Management Unit at Norilsk Nickel, told reporters in early June.

The company managed to produce CNN not through the purchase of so-called offsets — or quotas for CO2 emissions, as many other companies do, but through implementing a whole range of offsetting measures aimed at reducing greenhouse gas (GHG) emissions at all stages of production of finished products — from extraction of ore before its enrichment and refining. The effectiveness of these measures and the amount of CO2 emissions per tonne of nickel were verified by the independent auditing company EY (Ernst & Young) in accordance with international standards. Confirmed volumes of GHG emission reductions for 2019–2020 (about 47,000 tons), the company was able to simply redistribute, or, as Berlin explained, “allocate for the first batch of carbon-neutral nickel”.

In other words, technologically, CNN is the same cathodes that have already been produced in Monchegorsk since the Kola division became the refining hub of the entire company. But “each unit of such products is now associated with a lower level of emissions, provided by the compensatory measures taken by the company,” explained Dubovitsky. “In fact, these products should not differ qualitatively from their carbon-intensive counterparts. All its advantage lies in reducing the impact on the environment, in particular on the climate system,” explains Vladimir Lukin, Director of the KPMG Operational Risks and Sustainable Development Group.

“The carbon neutrality of a product does not mean that it was completely produced without GHG emissions, but on the contrary, these emissions occurred, but they were offset by the reduction of emissions from another operation or even the purchase of carbon credits. In the case of Norilsk Nickel, neutrality was achieved through improved energy efficiency — which is the main and most promising way of decarbonization, as it can lead to significant reductions in emissions. These emissions, which did not come from improved energy efficiency, were transferred to emissions that were made during the production of 5,000 tons of nickel cathodes, which ultimately gave zero emissions — this allowed them to obtain certification for the carbon neutrality of the product,” explained the project manager for climate of the Energy Center of the Moscow School of Management «Skolkovo» Yumzhana Daneeva.