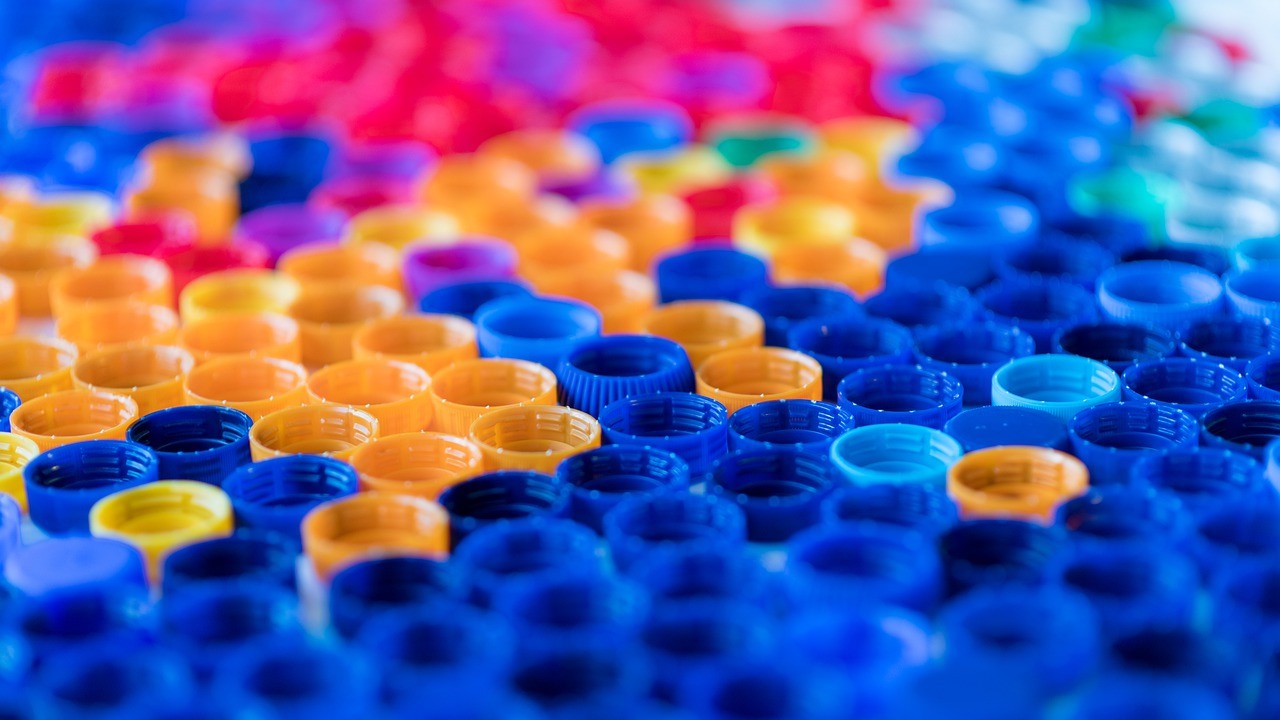 More than 10,000 additives, processing aids, and monomers are used to make plastics, with about 2,400 identified as potentially hazardous, according to the results of a comprehensive study cataloging publicly known chemicals used in plastics manufacture. The findings point to a long, tough road to close gaps in chemical regulations and improve plastic waste management, the study authors say.

Plastics are perhaps the most diverse class of synthetic materials, coming in every color, level of transparency, and stiffness. This range of properties is thanks to the sheer number of ingredients, such as pigments, fillers, or plasticizers, that can be combined with polymers.

While researching plastics recycling as part of her graduate studies, Helene Wiesinger of the Swiss Federal Institute of Technology (ETH), Zurich, realized that the large number of substances that go into plastics—and the little that is known about them—poses a big problem for plastic waste management. For instance, hazardous additives appropriate for one type of product, such as flame retardants in electronic casings, may wind up inside recycled material and eventually in products where they become inappropriate, such as toys.

The team identified more than 10,000 substances, of which 55% were used as additives, 39% as processing aids, and 24% as monomers, with overlapping uses. About one-third of the substances could not be categorized by their function due to lack of information about where, how, and at what quantities the chemicals were being used.

The ETH Zurich researchers also dug into available safety data and found about 2,400 substances that met criteria for bioaccumulation, persistence, or toxicity set by the European Union. About 900 of those were approved for use in food contact materials by the EU, US, and Japan at specified maximum levels. A smaller set also turned up on other regulatory agencies’ lists of chemicals that require additional authorization before use.

The regulatory inconsistencies reflect differences in approaches across agencies. For instance, agencies controlling chemical manufacture or import may focus on identifying a substance’s hazardous properties, whereas those regulating food contact materials may consider the maximum safe level of that substance. To help close those regulatory gaps, EU chemical and food safety agencies have proposed unifying risk assessments under a new “one-substance, one-assessment” process.

The study is “a huge help to the research community,” says marine biologist Jennifer M. Lynch of the National Institute of Standards and Technology, who researches the impacts of marine debris at Hawaii Pacific University. Most of the polymers used in plastics are known, but plastics manufacturers use many different proprietary additives to distinguish their products, she says.

The researchers hope that the catalog could help environmental chemists working to identify unknown pollutants by providing ideas for “good first guesses,” Wiesinger says. As for improving plastic waste management, she thinks that standardizing plastic materials for commonly recycled items may be the most effective way to deal with the diversity of additives. Lynch says that would be “a great idea” but would likely face resistance because plastic packaging appears to be trending toward more complex, multilayered materials.