In Finland, scientists are growing coffee in a lab 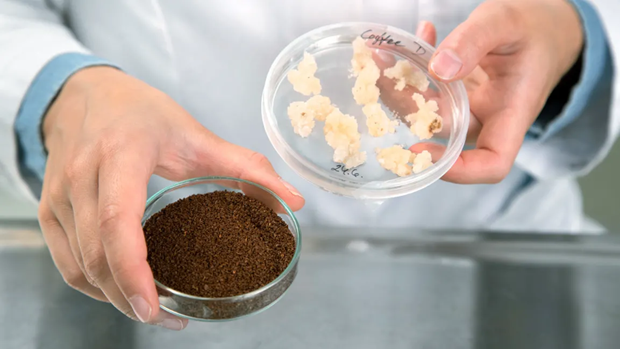 than something like beef. “The nutrient media for plant-cell cultures are much less complex, i.e., cheaper, than those for animal cells,” Rischer says. “Scaling up is also easier because plant cells grow freely, suspended in the medium, while animal cells grow attached to surfaces.”

The process results in an off-white biomass that’s dried into a powder, then roasted to a dark brown color that looks like coffee grounds. The scientists recently brewed their first cups of the lab-grown coffee, which they say tastes and smells like ordinary coffee. It’s also possible to make different varieties. “Cell cultures of different coffee cultivars can be established, and the roasting process can be modified, in order to produce coffee with very different character,” says Rischer. “The cultivation process can be modified in order to generate more or less of certain compounds, such as caffeine or flavors.”

The lab plans to work with companies that can commercialize the new process. High-quality coffee from the tropical “coffee belt,” which stretches from Ethiopia to South America to Southeast Asia, isn’t likely to disappear. But as demand for coffee continues to grow, cell-based coffee could be one way to help the industry have less impact—and places like Finland, where coffee can’t naturally grow, could have a local coffee supply for the first time.