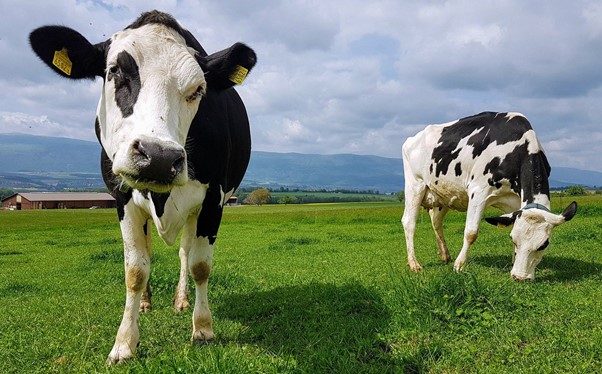 With the rapid globalisation that has occurred over the past 50 years, the world has increased its capacity for exporting and importing food products from all around the world. It’s not shocking that a grocery store in Germany and one in Peru could carry the same exact product shipped from Thailand. As transportation has become less of a barrier for market expansion, rising demand for food products in developed countries, coupled with a growing cultural expectation of availability, has placed intensive pressure to ramp up production — and has increased the stress humans place on the environment. While many of our favourite foods are damaging to the environment when not sourced sustainably, less harmful alternatives are available to help minimise our own carbon footprints.

It’s estimated that about 25 percent of the world’s greenhouse gas (GHG) emissions come from food and agriculture. Surprisingly, the emissions from transportation account for only six percent of the total, meaning that eating locally-sourced products is not necessarily more sustainable. Meanwhile, land change — the alteration or degradation of land to create farms or fields — constitutes the largest menace since it releases the carbon stored in plants and fungi into the atmosphere and prevents future carbon intake, while also killing and endangering animals.

With the urgent challenge to reduce our carbon emissions by 2030 to prevent 1.5 degree global warming, it is important to know what the impact of our diets are on our own carbon footprints so we can reduce our consumption and reliance on these foods, or search for more environmentally-friendly alternatives.

Below are seven foods with high greenhouse gas emissions.

Overwhelmingly, beef is the highest emitter of greenhouse gases, producing over twice as much emissions per kilogram as the second-highest food emitter (lamb). This is especially destructive as the demand for red meat from beef has skyrocketed in the past 50 years: since 1961, total beef production has tripled worldwide and fast food restaurants sell over fifty billion burgers every year. The high potency of beef’s environmental impact boils down to two factors: land use and methane emission.

Cattle require land to graze and roam, as well as vast fields of grass to eat. To create the large fields that these animals require, cattle ranchers have resorted to clearing or burning forests and other natural environments to convert into cattle ranches. This releases drastic amounts of greenhouse gas emissions as these ecosystems, including plants and the fungal networks below them, are ‘carbon sinks’ that capture carbon dioxide from the atmosphere and either use or store it. Destroying these habitats could release these captured gases and prevent future emissions from being absorbed.

Beef also produces large amounts of methane gas as it digests grasses and grains through a process called enteric fermentation. While this is a natural process for cows that can hardly be avoided, the consequences are dramatic: methane gas, which accounts for 49 percent of beef’s emissions, is a much more potent GHG than carbon dioxide in the short term.

While cheese and dairy also come from cows, the cows that are used for beef production have a higher GHG emission than those raised for dairy products, largely due to the amount of land that free-roaming beef cattle require. Nevertheless, cheese and dairy production is still one of the highest emitters of GHGs, emitting over 30kg of greenhouse gas per kilogram of food. The water used to produce cheese is another environmentally-tolling factor: about 1,000 gallons are required to produce just one ounce of cheese.

Cacao products have high emissions when they are not farmed sustainably. As the worldwide demand for chocolate increased, many exploitative companies resorted to clearing rainforests — important carbon sinks — to plant cacao trees. On average, one kilogram of cacao releases 34 kilograms of GHG into the atmosphere when not sourced sustainably. Fortunately, many new producers seek to source their cacao from sustainable farms that do not clear rainforests, and organisations like the Rainforest Alliance can help consumers choose chocolate from responsible producers.

Although small in size, farmed shrimp have a high environmental impact, mostly due to the land change required to create their farms. Mangrove trees, which are important carbon capturers in Latin America and Asia, are destroyed to make room for shrimp farms along coasts. This environmental impact is so large that it’s estimated that one 100-gram shrimp cocktail could have the same carbon dioxide release as burning 90 litres of gasoline.

Similarly to chocolate, coffee, when not produced sustainably, has a high carbon footprint due to the deforestation conducted to make coffee farms. Large droves of diverse forest lands are cleared to meet the world’s growing demand for their morning cups of coffee. Fortunately, many certifications exist to denote producers that source their coffee sustainably from unchanged land and that pay fair wages to farmers.

Palm oil has a variety of uses — from cooking oil and pizza dough to cleaning agents and detergents. Due to its flexibility and relatively high yield per crop, demand for palm oil has skyrocketed in the past 50 years: production of palm oil has increased from 2 million tonnes in 1970 to 71 million tonnes in 2018. To fulfill this drastic change in demand, many diverse forests along the equator have been cut down to create a monoculture of palm oil farms.

Nevertheless, it is also conceded that using palm to meet the world’s vegetable oil demand has prevented more drastic deforestation since it has a much higher oil yield per hectare of land than all other vegetables.

Rice’s contribution to climate change comes from its emissions of methane during the growing process. As rice is grown in flooded fields, the water prevents oxygen from penetrating into the soil, allowing for bacteria underground to produce methane.

Fortunately, more sustainable rice farming methods are being implemented where possible, such as intermittent flooding, which drains the rice paddies for a few days before flooding the fields again to prevent methane build-up. Many recent initiatives, such as the Sustainable Rice Platform, seek to help farmers implement practices that minimise environmental damage and certify rice that is farmed sustainably.